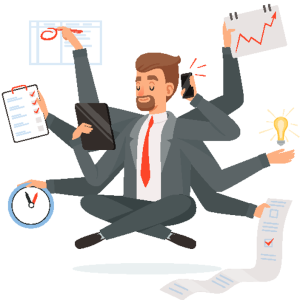 Whenever congress passes a new tax law, I become a slightly more popular person. What I mean is that taxpayers look for reassurance when the government tinkers with the tax code — and as a vigilant and diligent CPA, people often call me for tax advice and reassurance on their tax issues. Now it seems like calls are flooding in more than ever lately, since Congress passed the Inflation Reduction Act of 2022 on August 12. But all of this is GOOD news! In my opinion, this “IRA” is some of the best and most inspirational tax legislation of our era.

So, Just How Together IS this Stimulating new Act of Congress?

The biggest reason for my positive enthusiasm is specifically the credits on renewable energy that will immediately have a positive impact on wind and solar industries, other clean energy projects, and businesses — including thousands of dollars per taxpayer in tax credits and rebates for consumer purchase of electric vehicles, installing solar panels, or making other energy-efficient upgrades to their homes.

As reported by CNBC, August 13, 2022: Consumers may qualify for up to $10,000 — or more — in climate tax breaks and rebates in the Inflation Reduction Act, this legislation is expected to save consumer households an estimated $170 to $220 a year in electricity. The Inflation Reduction Act is “the most ambitious climate spending package in U.S. history” — slated to pump $369 billion into fighting climate change, boosting energy security and lowering electricity costs. 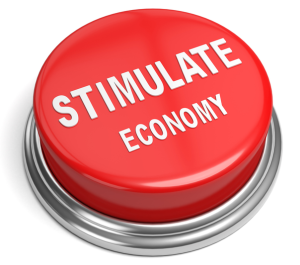 According to the National Law Review, August 16, 2022: Relief Arrives for Renewable Energy Industry – Inflation Reduction Act of 2022, the Inflation Reduction Act of 2022 (“Act” or “IRA” — not to be confused with an Individual Retirement Account “IRA” — another one of my favorite accounting topics!), is a nearly $400-billion legislative package passed by the U.S. Congress on August 12, 2022. Among many targeted benefits, this bill contains significant tax incentives for the energy industry, particularly in renewable energies, especially wind and solar.

Our favorite tax analysists at the Tax Foundation, tell us in their report dated August 12, 2022: Details & Analysis of the Inflation Reduction Act Tax Provisions, that the Inflation Reduction Act (IRA) is estimated to reduce long-run economic output by about 0.2 percent, eliminate about 29,000 full-time equivalent jobs in the United States, and reduce average after-tax incomes for taxpayers over the long run. And, by reducing long-run economic growth, the bill may actually worsen inflation by constraining the productive capacity of the economy. At the same time, even these conservatives estimate that the tax provisions, IRS enforcement, and drug pricing provisions in the bill would increase federal revenues by about $676 billion over the budget window, before accounting for $352 billion in expanded tax credits for individuals and businesses — resulting in a net revenue increase of about $324 billion from 2022 to 2031.

So, the worst-case economic fallout forecast by the pundits still favors and predicts benefits!

At Baum CPA, we are not healthcare experts so we will momentarily sidestep the noteworthy benefits of the Inflation Reduction Act’s drug pricing provisions to focus on what we are most expert at: tax provisions. Prior to this IRA, important tax incentives for wind, solar and other renewable energy resources were otherwise set to expire or wind down, and previously did not provide federal tax incentives for stand-alone energy storage and clean hydrogen industries. The Inflation Reduction Act fixes these issues, and improves the systemic outlook. The Act extends the investment tax credit (ITC) for solar, geothermal, biogas, fuel cells, waste energy recovery, combined heat and power, small wind property, and microturbine and microgrid property for projects beginning construction before 2025. It also extends the production tax credit (PTC) for wind, biomass, geothermal, solar (which previously expired at the end of 2005), landfill gas, municipal solid waste, qualified hydropower, and marine and hydrokinetic resources for projects beginning construction before 2025.

The Act now allows the ITC to be taken for stand-alone energy storage (previously storage was only allowed an ITC if it was part of another project, e.g., solar). Other technologies are also benefitted from the IRA, including carbon capture and sequestration (CCS) (tax credit extended and modified), clean hydrogen (a new credit of up to $3.00 per kilogram of clean hydrogen produced), nuclear power (a new credit of up to 1.5c/kWh) and biofuel (existing credit extended). The ITC and PTC have always come with strings attached, that are now being untied. Much more detail about business investment and payoff benefits can be learned at the National Law Review.

There are plenty of less-complicated financial incentives for households and businesses — mostly in the form of tax breaks and rebates. The legislation is ‘a win for consumers’ — with household incentives that help make things like rooftop solar panels, electric vehicles, and energy-efficient appliances more affordable. Some tax breaks are new, others are enhancements or extensions of existing credits, but in all, consumers may qualify for up to $10,000 — or more — in tax breaks and rebates, depending on the scope of their purchases.

Consumers who make efficiency-focused home upgrades will likely gain other direct benefits like lower utility bills. An average household could save about $170 to $220 a year in electricity costs — for a national total of $209 billion to $278 billion over the next decade. More power generation from renewable energy will also help reduce volatility in home electricity prices.

Here are of a few of the Inflation Reduction Act’s major financial highlights for individuals.

More detail about non-business payoff and tax credit benefits can be found at CNBC.

What’s in It for YOU?

Want to find out exactly how this new Inflation Recovery Act tax law will improve your business and household financial position in the upcoming tax years? You can schedule a free initial consultation with the accounting and tax experts at Baum CPA. Just click here and book your free appointment!

This blog and its authors provide this content strictly for informational purposes. No content herein should be misconstrued as financial advice. Everyone’s specific circumstances vary — Always consult with a qualified, licensed financial advisor, legal counsel, and tax professional before venturing into any investment or business activities.