Americans hold an estimated $7.7 trillion in retirement savings, mostly socked away in 401(k) and related retirement plans. These plans, and similar financial instruments outside the private sector, are brokered and managed by tens of thousands of registered agents and investment firms. Many more thousands of employers serve as middlemen to more than 100 million hard-working citizens who actually earned the money that all adds up to the unfathomable $ 7,700,000,000,000 amassed in various flavors of investment accounts for lifelong personal “nest-egg” savings. 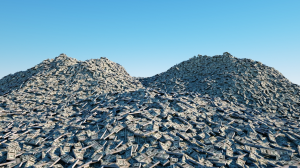 With So Much Money, How Can There Even Be a Problem?

Few people give much thought to this whopping pile of wealth, except for the modest sliver each can call their own. Even fewer people realize how many billions of these safeguarded dollars “leak” away every year — losses from the whopping investment pile — losses caused by earners not knowing what to do, or how to do it, or sometimes just not paying attention to their rights of ownership and how to take their retirement earnings with them — when they change employment.

Many countless “slivers” get cashed out by contributors who leave a job after having accrued just a few thousand dollars (or less) in one particular employer’s 401(k) or similar retirement plan. When leaving employment with such a plan on the books, there are ways to transfer these pre-tax savings to another plan — to continue to safeguard the principal, defer the income taxes, and keep the investment funds earning returns for the rightful owner in a destination retirement account. But these transfers take knowledge and effort on the part of the outbound employee.

Many Little Slivers Add up to a LOT

When they leave a job (or get fired) many people simply opt to cash out and pay the income taxes (and likely a penalty if they are younger than 59½). Maybe because it’s easier to just tick the “please send me a check” box on the discharge paperwork. Or, maybe they cash it as a short-term consolation prize to themselves for kissing that job goodbye?

There is a short period of time during which action is required to direct the transfer of funds into another qualified retirement plan. In the heat of transition for the employee, maybe it’s just too much trouble to attend to their own “long game.” Apparently, quite a few people never get around to it, or simply forget they own that particular 401(k) account — and just start over somewhere else. 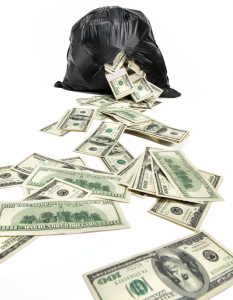 There are numerous other 401(k) accounts valued between $1,000 and $5,000 which get abandoned or forgotten by the rightful owners when they switch employers. Employers can’t legally cash these out, but for former employees who don’t take action, the employers can legally shift those holdings into low-risk, low-return investments — or just move them into fallow cash accounts. This minimizes the former employers’ administrative costs and headaches. But it multiplies the condition of leakage that diminishes investment earning potential to many rightful earners’ plans for their own secure retirement — and limits whatever designs they might have for their own rightfully earned investment wealth.

Premature cash-outs of orphaned 401(k) accounts amounted to $92.4 billion in one recent year, as reported by the Employee Benefit Research Institute (EBRI). Also according to EBRI, reconnecting young workers to their abandoned accounts of less than $5,000 could accrue $1.5 trillion to the retirement system’s “whopping pile” over a span of 40 years.

What Can Be Done about It?

To address the large-scale lost investment opportunity, three of the biggest administrators of 401(k) plans — Fidelity Investments, Vanguard Group and Alight Solutions — have partnered with Retirement Clearinghouse to create the Portability Services Network. This new consortium of workplace retirement plan recordkeepers seeks to stem the tide of cash-out leakage from small retirement accounts, and bolster the nationwide adoption of auto-portability of retirement investments.

In this first of its kind for the industry, the consortium will remedy a structural flaw in the current U.S. retirement system. Retirement Clearinghouse serves as an engine to facilitate the proposed transfers among administrators, and will manage day-to-day operations. The companies charge a one-time fee to retirement account owners for the service — a modest 5% of the account balance, capped at $30. Accounts holding less than $50 aren’t charged at all.

What’s in It for the Big Brokers?

The processing fee is expected to come down over time — the service is intended to stimulate retirement savings, so the new consortium is willing to operate at break-even cost. Administrators might benefit from more investment money staying in the system, as many firms earn revenue based on a percentage of assets — but the industry has been shifting away from an asset-based fee toward charges based on the overall number of investors in a plan.

The financial win for administrators will be to attract and retain more participants at lower fees from each.

What’s in It for the Little Guys?

The financial win for participants will be smaller fees, plus the big gain for each accumulating more retirement investments during their working years — by helping to sop up their share of the leakage.

Here are some practical benefits the new consortium of plan administrators proposes: 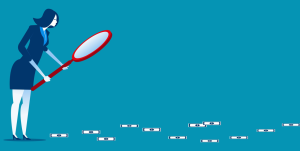 According to EBRI, a single cash-out event during an investor’s life raises the odds they will run short of money in retirement by up to 30%. Two or more cash-outs raise those unfavorable odds to closer to 50%.

What’s in It for Your Retirement Plan Prospectus?

Do YOU own a forgotten retirement account with a former employer? You might thank yourself for tracking it down — even if it was a short-term job back in your 20s, or that company is no longer in business. Enhance your research by using the Retirement Clearinghouse, LLC website.

And now that you are thinking about the value of your own retirement plan — and maybe the intended possibilities you might want to design for your rightfully earned investment wealth — why not learn about ROBS arrangements? At Baum CPA, we are the ROBS arrangement accounting experts!

This blog and its authors provide this content strictly for informational purposes. No content herein should be misconstrued as financial advice. Everyone’s specific circumstances vary — Always consult with a qualified, licensed financial advisor, legal counsel, and tax professional before venturing into any investment or business activities.